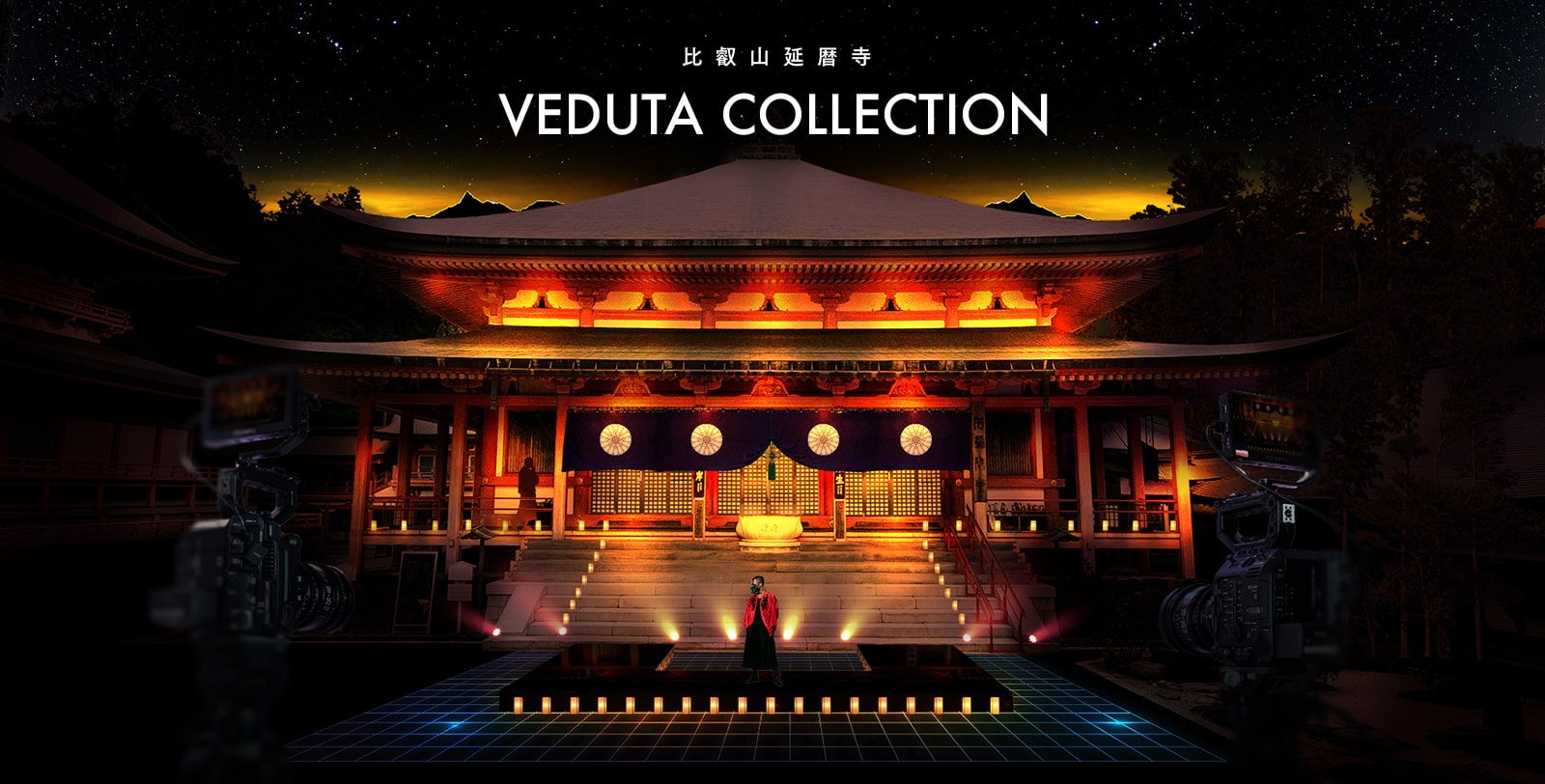 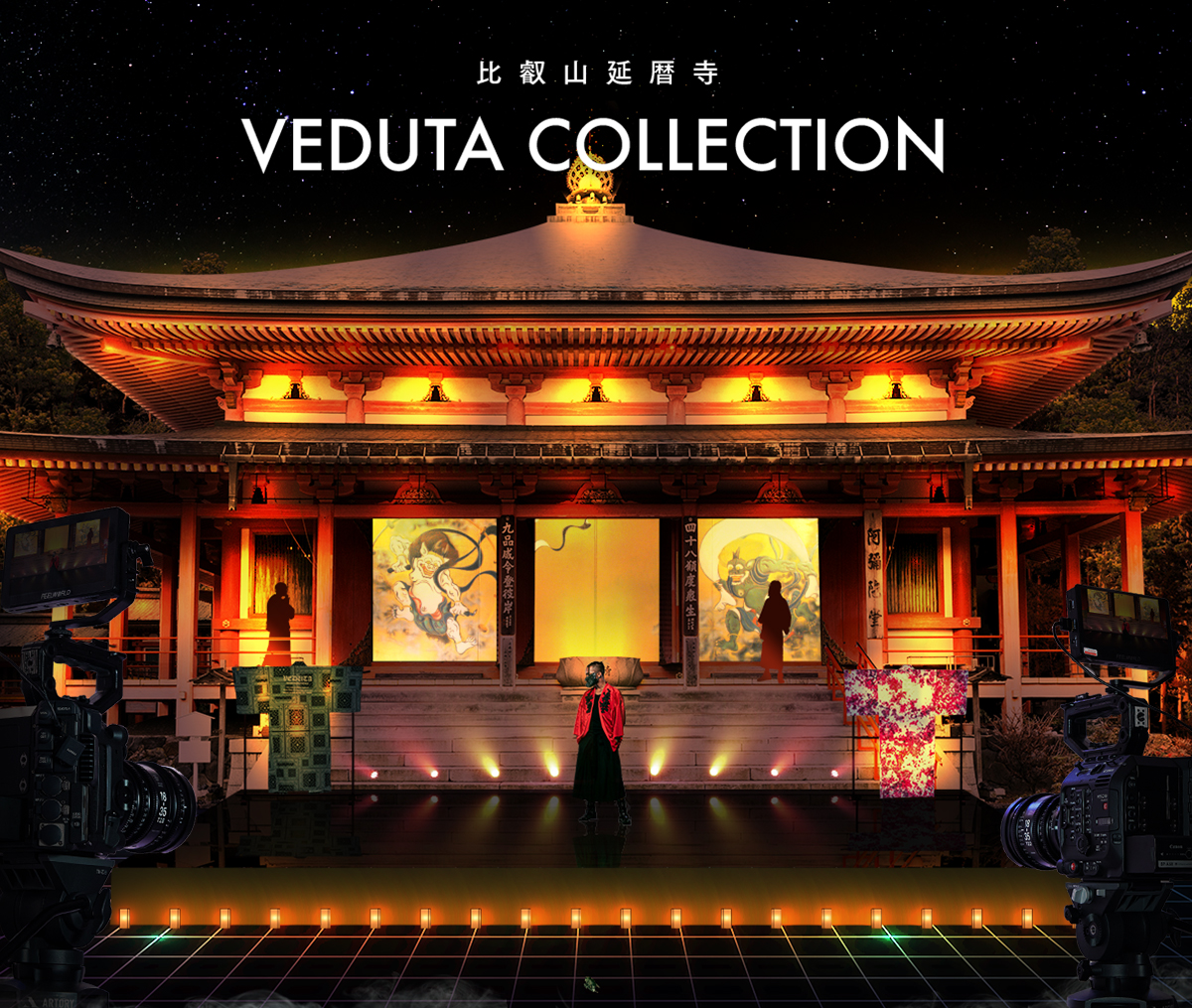 The Amida Hall at night as the runway. Raising up the sacred light of dento via a fashion show by the traditional Japanese street fashion brand VEDUTA.

The Hieizan Enryakuji VEDUTA COLLECTION fashion show will be held on a runway connecting the cloister of Hieizan Enryakuji Temple’s Amida Hall to a temporary stage, and it will introduce about 30 items by VEDUTA, a brand which reinterprets kimono in a modern style. The production is planned to present a collaboration between traditional and modern culture via projection mapping linked to VEDUTA’s kimono designs, as well as bell sound and subculture music. Viewers will also be able to enjoy live commerce, enabling them to purchase the items worn by the models walking along the cloister in real time while they watch high resolution video captured with four or more cinema cameras, such as the Canon EOS C300. 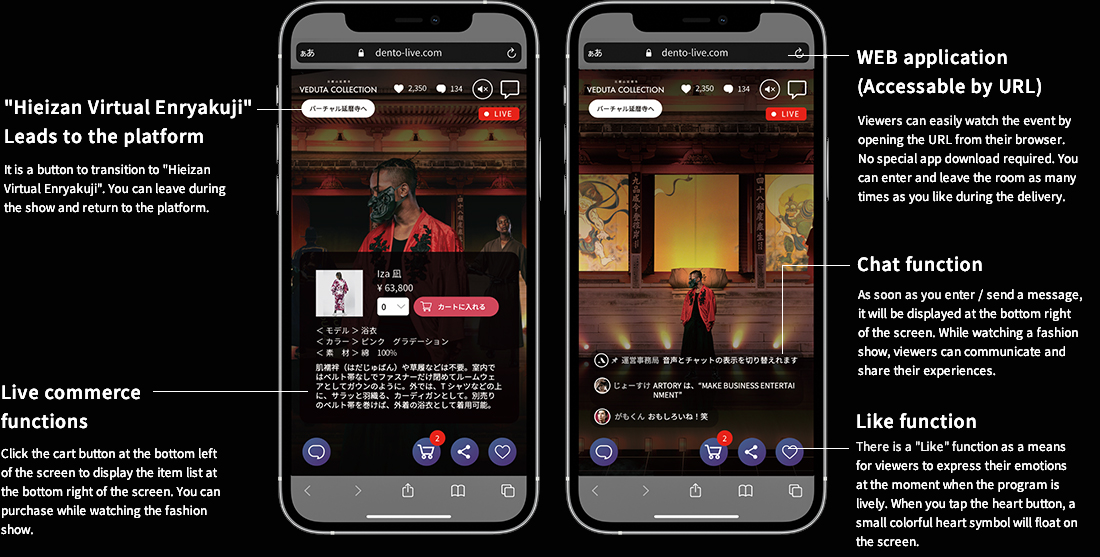 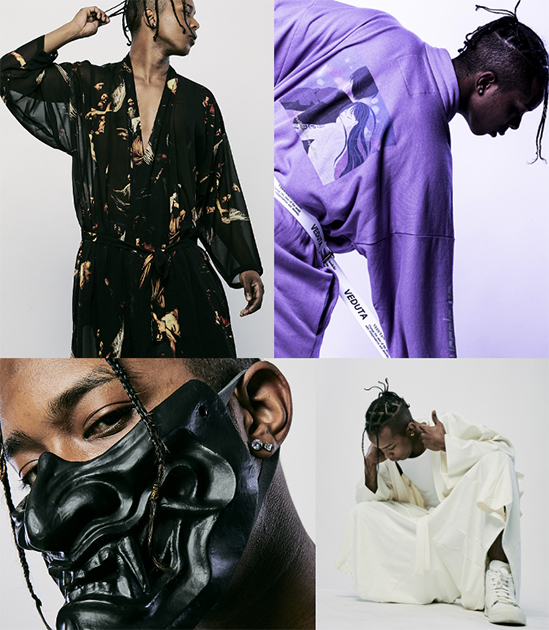 Launched by the designer Masashi Watanabe in 2018, its customers include artists in Japan and abroad. Currently, it operates stores in New York, Shinjuku Isetan, and Azabu Juban, etc.
VEDUTA means “view” in Italian, and the idea behind this brand name is a desire to “create a landscape in which wearing a Japanese kimono is natural for people around the world.” 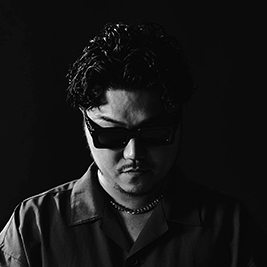 He was born on Sado Island, Niigata Prefecture in 1986. Long ago, Sado Island was where aristocrats and members of the Imperial family were exiled when they lost political disputes in Kyoto, and although it was a remote island far from the mainland, they brought the splendor of the capital with them, not allowing cultural stagnation, which gave rise to unique inspirations and culture.
In 2008, he left Japan for Milan. While walking to several studios, his heart was moved by the pride that the local people he encountered took in their brands and culture, and the patriotism on which it was founded. Afterward he pondered the questions ”What am I?” and “What does it mean to be Japanese?” Sometimes this gave him a sweet gratification, while at other times an overwhelming sense of desolation.
However, this period of self-reflection helped to define a unique world view which integrated the essence of the street from a perspective born from curiosity and open-mindedness without fear of creation or destruction, rooted in his identity as a Japanese person supported by historical observation.
Therefore, he created VEDUTA in order to awaken the individuality and diversity which modern Japanese people have lost today. 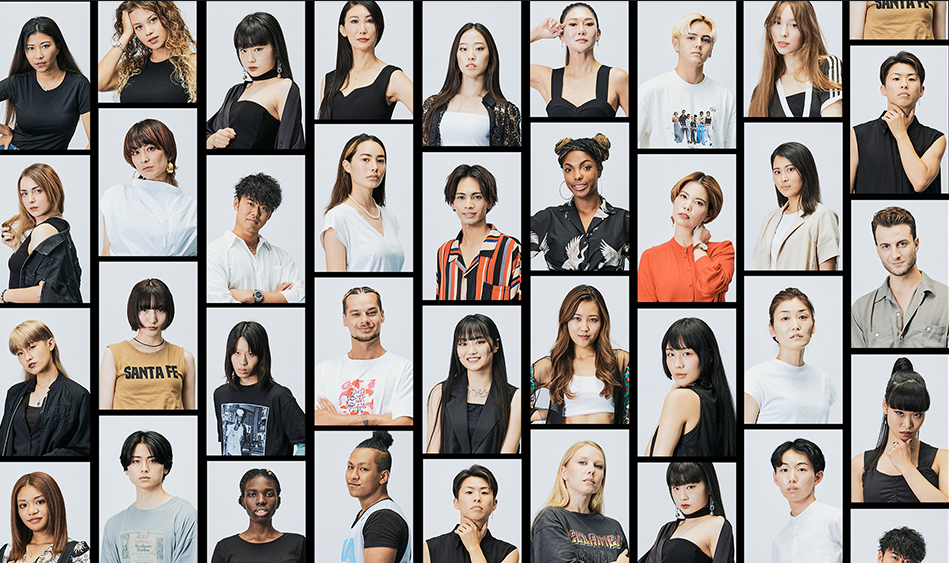 Questions regarding the project and media inquiries are handled at this address.